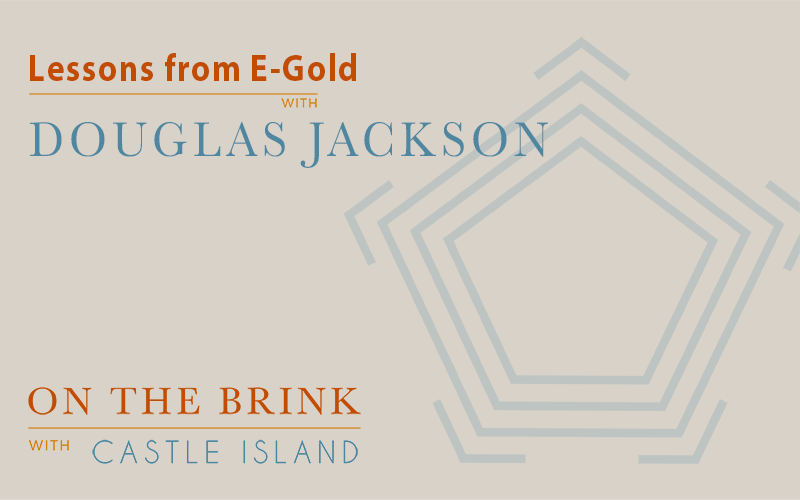 Douglas Jackson, the founder of E-gold, arguably the first widely-used electronic medium of exchange, appears on the show.

E-gold, which ran from 1996 to 2009, was a digital payments system in which the transactional units were 1:1 backed IOUs for gold (and optionally, other precious metals) held in a vault. It was both a non-state monetary system and an electronic payments system. At its peak in 2006, it had over $70m worth of gold (equivalent to several tons) held in its vaults, and it was intermediating over $2b worth of payments a year. However, E-gold fell foul of money transmitter regulation in the US, and hampered by legal issues, effectively shuttered in 2009. We couldn’t give the history of the project a full treatment here — for a more complete history see Wired’s retrospective.

Today E-gold is discussed among Bitcoiners as a case study in the risks of centralization in monetary systems — but founder Douglas Jackson doesn’t exactly see it that way. In this episode we cover: