Lawrence White – Free Banking in the Age of Crypto 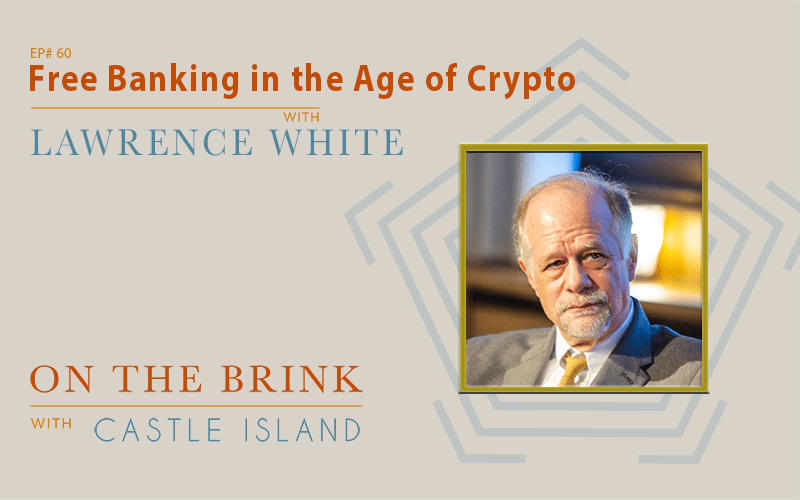 Larry White is a professor at George Mason University, a senior fellow at the Cato Institute’s Center for Monetary and Financial Alternatives, and he has previously been a visiting scholar at the Federal Reserve Bank of Atlanta.

Professor White is one of the foremost authorities on ‘free banking’ – a monetary regime that has been present in several countries historically, in which notes are issued competitively by a network of banks (typically with gold held on reserve) with no central bank backstop. His dissertation on the long, successful episode of free banking in Scotland in the 18th and 19th centuries is a seminal paper demonstrating that free banking can result in a stable system with virtually no inflation, few bank failures, no over-issue of notes, and no requirement for insurance in the form of socialized losses. Larry has also written about the virtues of dollarization, especially the market-driven versions of the phenomenon, popularizing the case of Ecuador.

As an advocate of monetary alternatives, Larry has long been interested in cryptocurrency, penning a note in 2014 entitled ‘Can Bitcoin Become a Major Currency?‘ He also periodically covers cryptocurrency and related projects like Facebook’s Libra on the excellent Cato blog, Alt-M. In short, Larry’s work is essential reading for anyone pondering alternatives to contemporary monetary orthodoxy.

For the purposes of a series exploring the potential for public blockchains to accelerate ‘popular’ or unofficial dollarization, Larry was an obvious choice. We explore whether tokenized fiat circulating on blockchains can increase global access to the dollar – and why they might succeed where prior dollarization movements failed. We also cover objections to a central bank digital currency, the prospects for a return to free banking today, Larry’s views on Bitcoin, and whether transactional privacy can be retained in a digital age.

For those listeners looking to dive deeper into Larry’s body of work, we recommend: