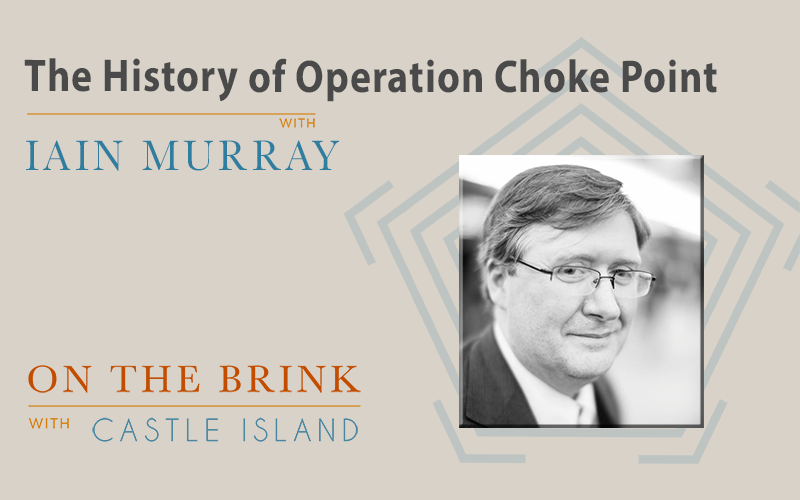 Iain Murray, VP of Strategy at the Competitive Enterprise Institute, joins the show to discuss the history of Operation Choke Point, a 2011-2015 program used to exclude legal businesses from banking led by the DoJ and FDIC. In this episode: