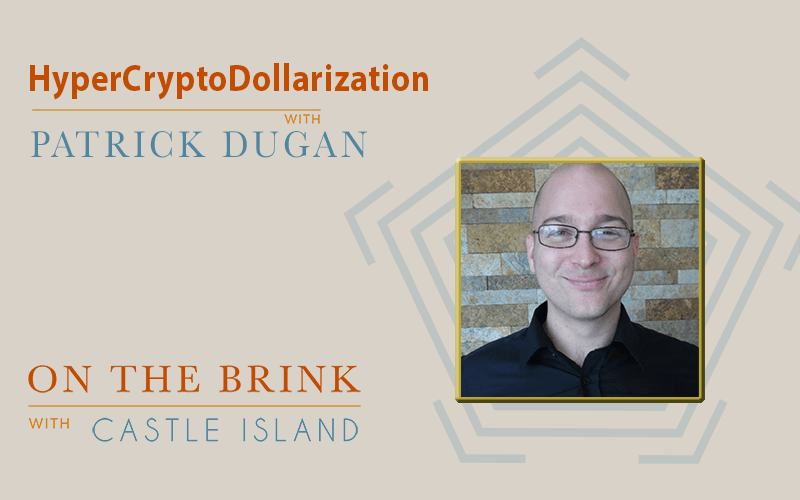 When I set out to make a podcast miniseries covering the prospects for crypto-dollars, the question of who actually coined the term ‘crypto-dollarization’ didn’t really occur to me. It was only later that I came to wonder about it. I did a bit of research, and lo and behold, the earliest usage of the term that I can identify comes courtesy Patrick Dugan, in a February 2018 blog post entitled HyperCryptoDollarization.

I read and appreciated the blog post at the time, although the significance of what Patrick was discussing didn’t set it until much later. It was only years later that I realized that Patrick’s proposed stablecoin approach (creating synthetic dollar exposure by going 1x short BTC on a derivatives exchange) was practical, when it was implemented among others by Valiu. (For more on Valiu, see Alejandro Machado’s appearance on the show.)

I’ve known Patrick for a while, and he has been consistent on this theme of crypto-dollarization for years, long before it was a hot topic, so I wanted to get him on the show. In this episode we cover: